The first Women’s Cycle Tour of Scotland arrived in Brig o’ Turk today, and just as quickly left again, as around 90 cyclists tackled stage 2 of this new 350km road race. The day’s route covered almost 140km from Glasgow to Perth. 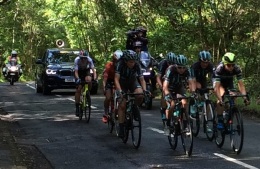 The leading group was closely followed by cameras and support. 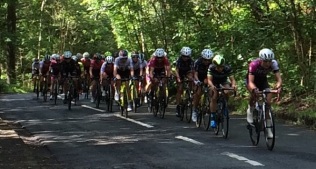 The main group of cyclists sped through the village in a large group.

An international field of top-class competitors sped through the village shortly after tackling a gruelling climb over the Duke’s Pass. Arriving in Perth less than 3.5 hours after setting off from Glasgow, the stage winner was Alison Jackson of the US team Tibco-Silicon Valley Bank.

The race moves on to its 3rd and final stage on Sunday August 11 with a route of almost 120km from Edinburgh to the Borders and back. Find out more about the race at https://womenstourofscotland.com/.

This site uses Akismet to reduce spam. Learn how your comment data is processed.